Our CCF Cadets volunteered again, to support the mass testing of students on the return to school in January.

The cadets, who are all in the 6th form, wanted to support the return to school and the wider vaccination programme and this was one way that they could make an effective contribution to the school.  The NCOs completed specialist NHS training to become ‘Test Assistants’ and ‘Test Processors’ during the Covid-19 pandemic and have been involved in testing across the whole academy. After the Christmas break, the cadets responded again to the Academy’s call to help the school identify any positive students returning to school after the holiday period.

The cadets worked alongside members of staff, and in the case of Sgt Robinson, supervised testing bays run by members of teaching and support staff.

Flt Lt Walker the OC and Contingent Commander said “We are immensely proud of our CCF cadets. They volunteered to be involved from the very beginning and have played a pivotal role in helping the Academy and protecting our local community.”

Cdt Sgt Robinson said: “It was really great to make a contribution to the Academy. I don’t think I would have had the confidence to do all this, without the training I have had in cadets.  The CCF has given me confidence and leadership skills that I used, as a Testing Bay Supervisor, where I was responsible for staff and cadet volunteers”

Cdt Cpl Collins (Test Assistant) said: “We wanted to help in a meaningful way and so we enlisted to the Academy’s Covid-Task Force straight away.  Many of our junior cadets were pleased to see us when they saw us in the testing bays, I think it gave a lot of them a lot of  re-assurance”

Cdt Cpl Forman (Test Processor) said: “The training for the role was very intense and we weren’t allowed anywhere near a testing station until we had passed the rigorous training. I think we raised the profile of the cadets in the Academy and showed the rest of the school the CCF is something to be proud of”

Callum a Year 9 student (and CCF Cadet) said: “I was really pleased to see the NCOs in the testing bays, I wasn’t looking forward to the process, but I knew I was in good hands.  Cpl Collins took me through my basic training in cadets, she is very professional, and so I knew I was going to be ok” 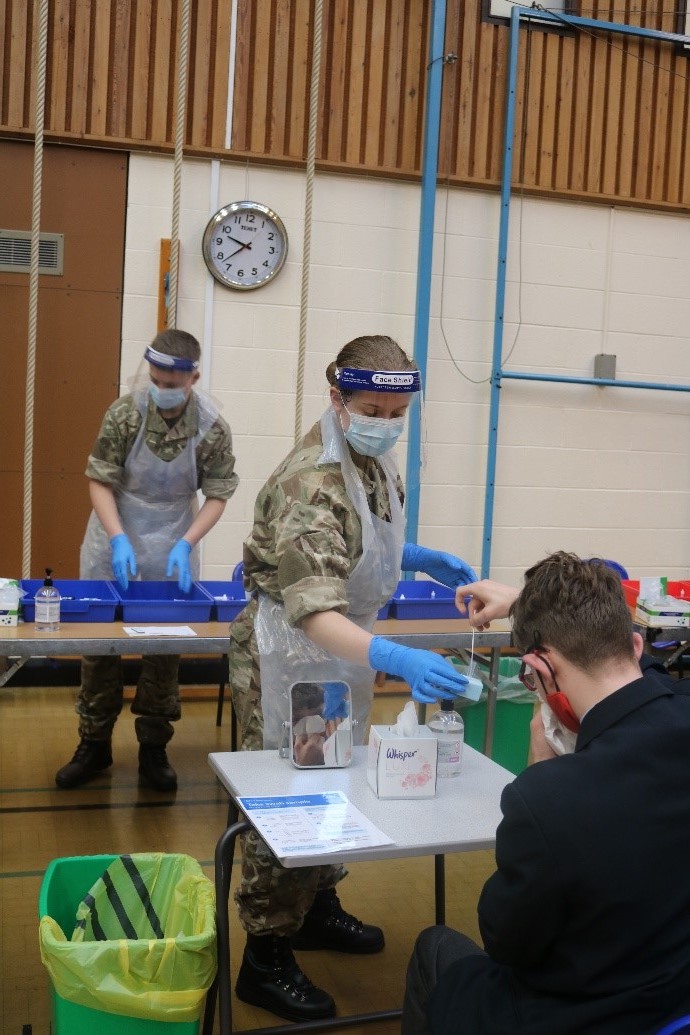 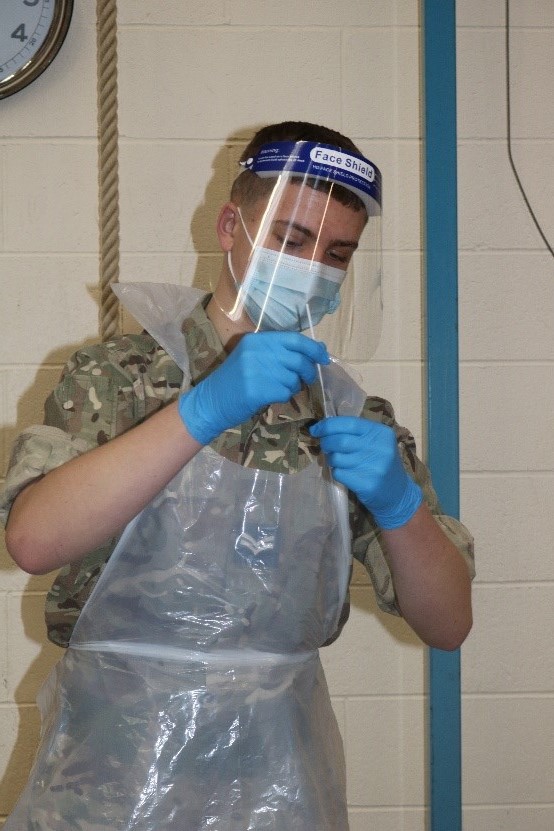