A Taste of Things to Come

A group of eleven Year 8 students at Sleaford tried out a selection from the new canteen menu on Friday at the Sleaford Campus. The tasting menu consisted of new items such as a chicken teriyaki sub, vegetable biryani, chicken korma with rice, a burrito and a breakfast wrap.

All students worked hard on their feedback coming up with ideas such as, “tastes great, a heathy version of Macdonald’s” about the breakfast wrap. Describing the burrito one student said, “It was a little bit spicy, so you get a nice kick.” A “secret” chocolate slice received a mixed response from Year 8, with no-one guessing the secret healthy ingredient of courgette!

The canteen received some great positive feedback, as well as some ideas of how to further improve their new menu, which will be on sale across both campuses. Additionally, there will be some excellent value Meals Deals available for students. Well done to all the Year 8s who took part, who were very professional in their role as Academy taste testers and went away with a healthy goody bag as a reward. 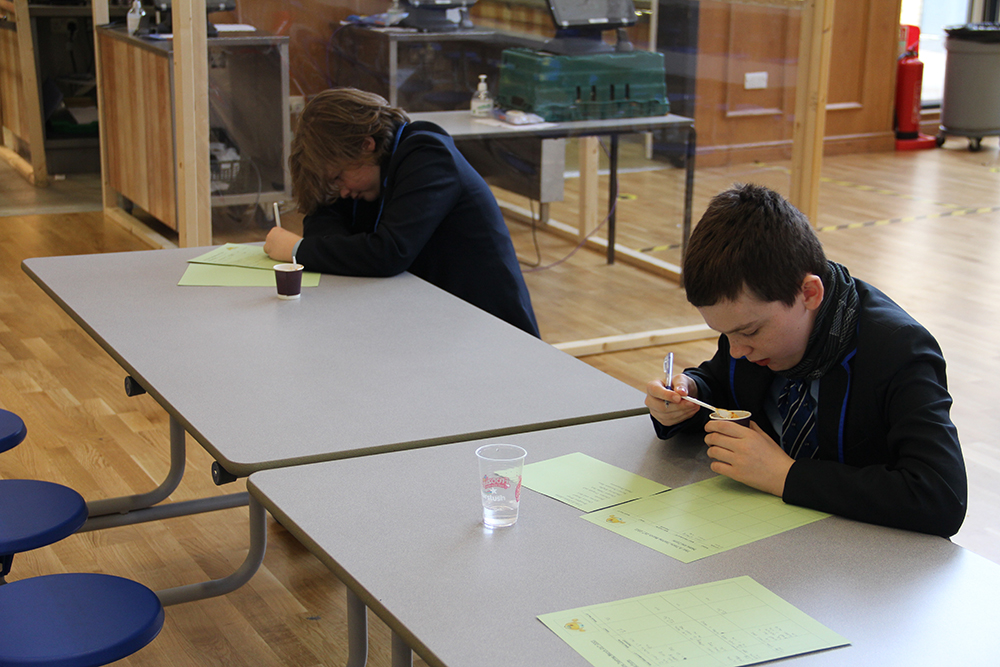